For those of you who don’t know, WWOOF stands for Willing Workers On Organic Farms, and it’s one of the websites I use to look for places to stay abroad where you work in exchange for accommodation and food. I ended up here (in the south of Trinidad) because I wanted to come to Trinidad for Carnival (this February coming) but I thought it would be better to experience more of the island rather than just the carnival.

I’m in a place called Moruga which is pretty much as far south as you can go in Trinidad, and it’s REAL countryside. There’s only running water here for two days per week, and for the rest of the time we use buckets, so this is normally what I shower with: 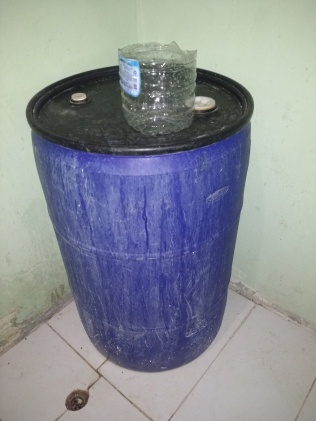 I live in the WWOOF house (so the house just for the volunteers) which has two bedrooms with two beds in each. The organic farm is right next to the house, and there are a lot of things growing including pumpkins, okra, breadfruit, dasheen, papaya, pimento, plantain, banana, aubergine, cabbage, tomatoes and lettuce, as you can see here: 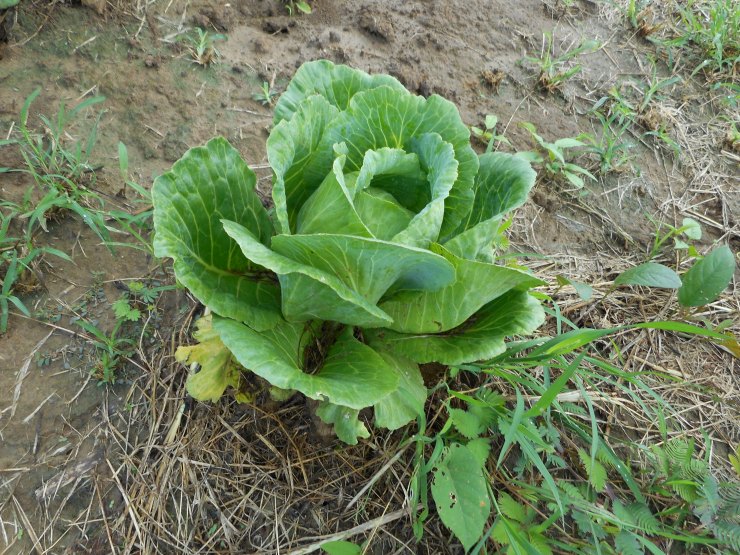 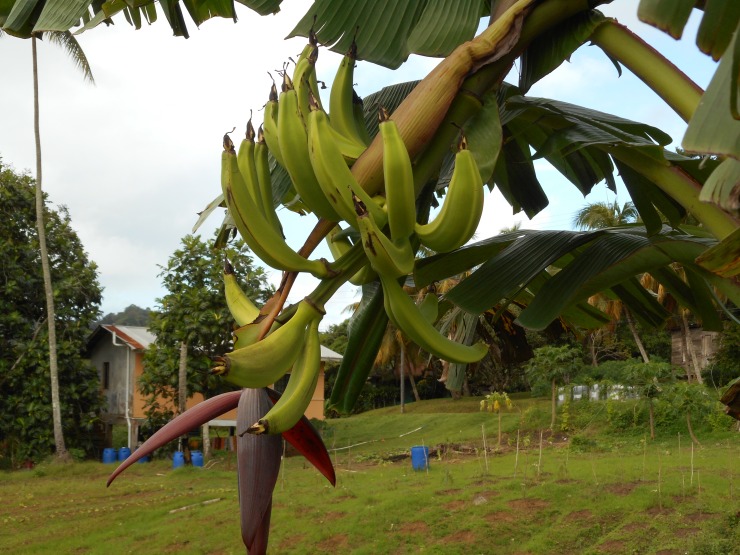 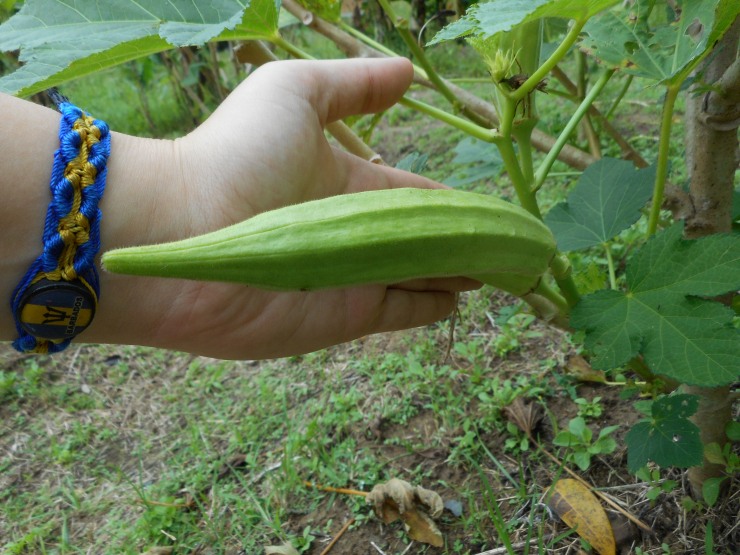 Even though all those things are planted, they’re not all ripe at all times, so what is actually available depends on whether that plant has been eaten by ants or not, or whether there’s been enough rain etc.

As well as the farm, we have some dogs at the WWOOF house which were adopted by previous WWOOFers. They sleep outside (and bark a lot in the night) but hang out at the house in the day time. This is Tiger:

We can pick/eat whatever we want from the farm, and we’re also provided with staple foods such as rice, by the farm owners. Right now the most readily available vegetables are okra and pumpkin, so we pretty much eat that with rice every day. If we want, we can also pick things from the roadside such as grapefruits and oranges:

The farm is owned by Noriga who lives half an hour walk away, in the same village. His daughter, Giselle, helps out as well and she lives in a village a bit further up which you’d have to drive to. WWOOFers are always welcome to hang out at Noriga’s house and he lives with his grandson (Daniel, 10) and nephews (another Daniel, 13, and Jashel, 13).

Most days, either Noriga or Giselle comes to the WWOOF house to tell us what needs doing on the farm, and/or to bring food and/or hang out. The kids are there a lot too because it’s school holidays, and they like playing cards with us and going to the beach with us etc. They also help out a lot on the farm. This is 13 year old Daniel playing music from my laptop under the WWOOF house:

On the WWOOF profile, it says that the workload is 6 hours per day, 5 days per week, but realistically it’s a lot less. It’s rainy season at the moment so things don’t need watering, and the other tasks depend on if there’s anything to plant or pick etc., which there sometimes isn’t much of.

I think Noriga hosts us because he likes the cultural exchange aspect, as well as the fact that it’s useful to have some extra hands on the farm when needed. Tourists just don’t come to this part of Trinidad, and a lot of people here have never travelled, so I think he likes having WWOOFers around to give his children the chance to mix with foreign people etc.

At Noriga’s house there’s a little roadside shop, but it isn’t really running at the moment because he wants to make some changes and get more stock. I think WWOOFers could be useful in the shop if it was running, so hopefully it’ll get started soon.

It’s really hard to explain everything about the village in one blog post, and I think it’s very different from what most of us have ever experienced.

When we’re not cooking, doing farm work, playing games with the children or going to the beach, there isn’t really anything else to do so my solution is normally to just go for a walk.

The village is basically just one road, and people are often sitting outside their houses so they see you as you walk by, and they all know you’re here with Noriga because no other foreigners ever come here, so they’re all very welcoming. Everyone says hi to each other as they pass by, and a lot of people have stopped to ask me where I’m from and if I’m enjoying Trinidad etc. They all seem to be really proud to be Trini and keen to share their culture with the WWOOFers.

This basically means that a half hour walk to Noriga’s house normally turns into an hour’s walk because you stop to talk so many times. One of these random conversations ended up with me and Franziska (another WWOOFer) making friends with some guys our age, and now we hang out at their house some evenings when we feel like doing something.

In general, I kind of feel like I’ve lived here for ages now, even though it’s been less than a week, and I feel really lucky to be able to be part of a community like this where I can really see how the people live and there are no fake things just for tourists, and where everyone is so friendly and I feel so safe.

2 thoughts on “WWOOFing in Trinidad”