Other than taking part in Miami Carnival, hunting down interesting vegan food, and going to Crandon Park and Bill Baggs State Park, all of which are spoken about on my other blog posts, I basically just wanted to explore Miami and discover what the different areas are like etc. I’m not usually particularly interested in museums and attractions, as I find it more informative to just wander around, see some street art and end up in some random conversations with local people. These are a few of  the places I went for this:

As the name suggests, this is (or at least was originally) a Cuban neighbourhood. One part in particular has become quite famous – Calle Ocho (8th Street), so this is where I went to first, as I figured it would be easy to start there and wander off somewhere else after.

I took a shared Uber (these are very cheap in Miami) to Maximo Gomez Park aka Domino Park, which is a little park with tables especially made for domino playing. Interestingly, it isn’t actually open to everyone, even though it’s a public park. I read the posters on the little kiosk by the tables which informed me that it’s actually a domino club for over 60s (or maybe over 65s, I can’t remember) and there are quite a few rules such as no alcohol and no shirts off.

The domino players seemed quite focused on their games (good for them!) so in my experience, this wasn’t a great place to stop and chill, as there wasn’t much else going on, but it was still interesting to see, and the street is interestingly decorated too: 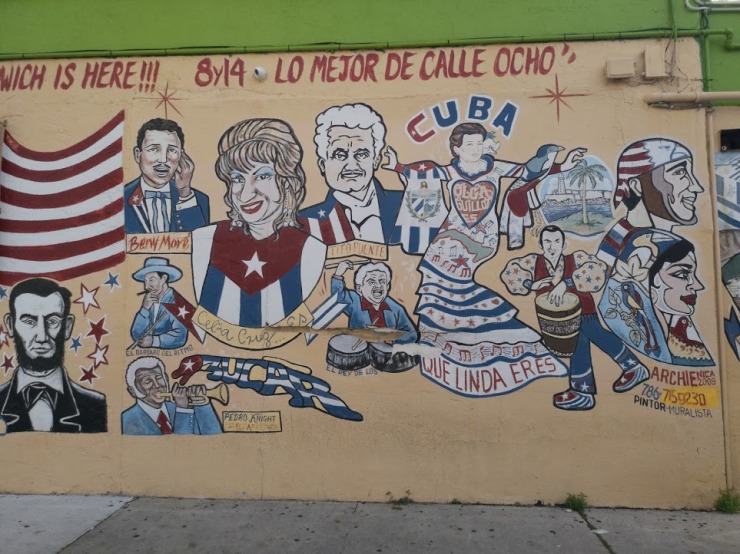 If you go out of Domino Park and turn left on Calle Ocho, you will come to a frutería with coconuts and fruit visible through the front, as it is basically open-fronted. If you want somewhere to stop and chill that’s a bit more legit than some of the tourist restaurants on Calle Ocho, it could be a good place, especially as there’s a juice bar and a back garden you can sit in. I bought a coconut and chilled there to people-watch for a while.

This sign from inside the frutería says ‘serving the community for 50 years. Thanks Miami’ 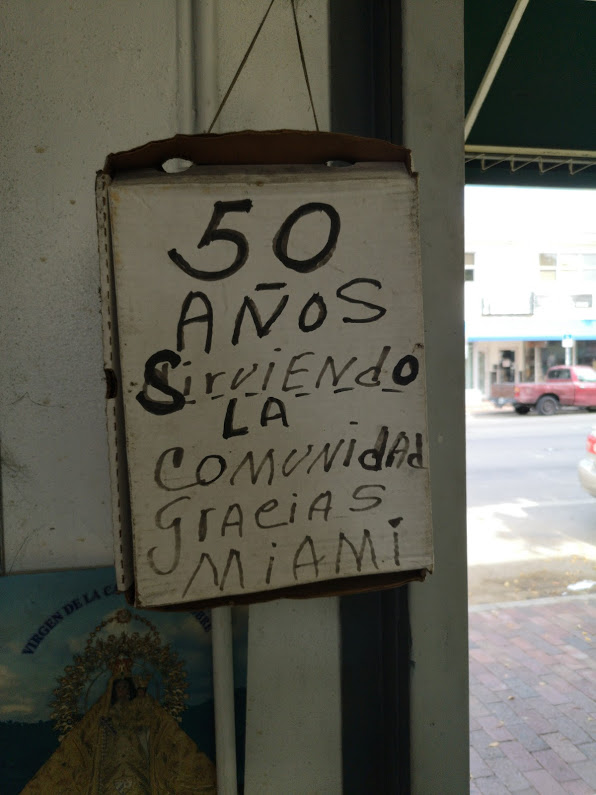 This is the fresh juice menu including orange, carrot and grapefruit:

…or you could go for ‘grandad juice’ – pineapple, sugar cane and lemon: 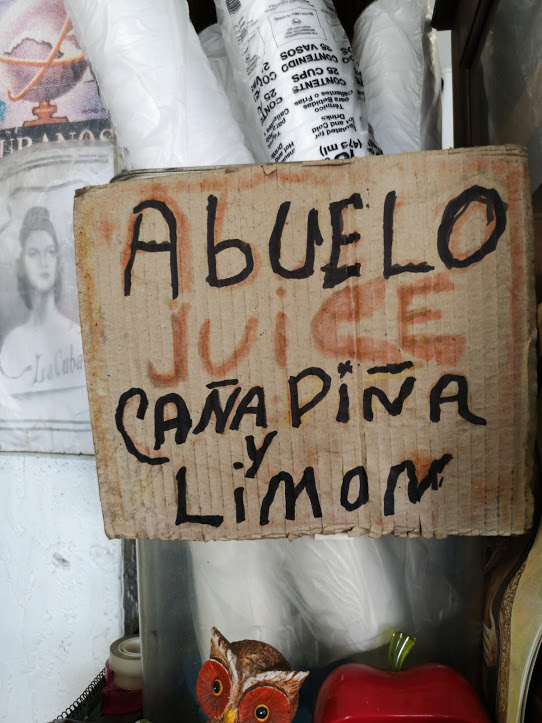 And obviously I took a picture with my coconut (will I ever stop doing this?!)

I wandered around for a bit after this, but nothing particularly stands out in my memory that needs mentioning. From here, I went for a ride on the trolley, which leads me onto random activity number two…

The trolley in Miami is basically a free public transport system. They’re funky looking minibuses that go on circular routes and the maps for the routes can be found on the Trolley app (just search Miami Trolley in your app store) or on this website -miamigov.com/trolley. The Trolley app is really useful, as it can show you the nearest trolley stop to your current location and the expected time of the next trolley etc.

The reason why I’m listing these as an activity is because seeing as they’re free, you can kind of use them as tour buses. They stop quite often and you can get on or off at any stop however many times you like per day, so you can basically just look out of the window, wait until you see something cool, and then get off. The trolley stops look like this, with the route name on them: 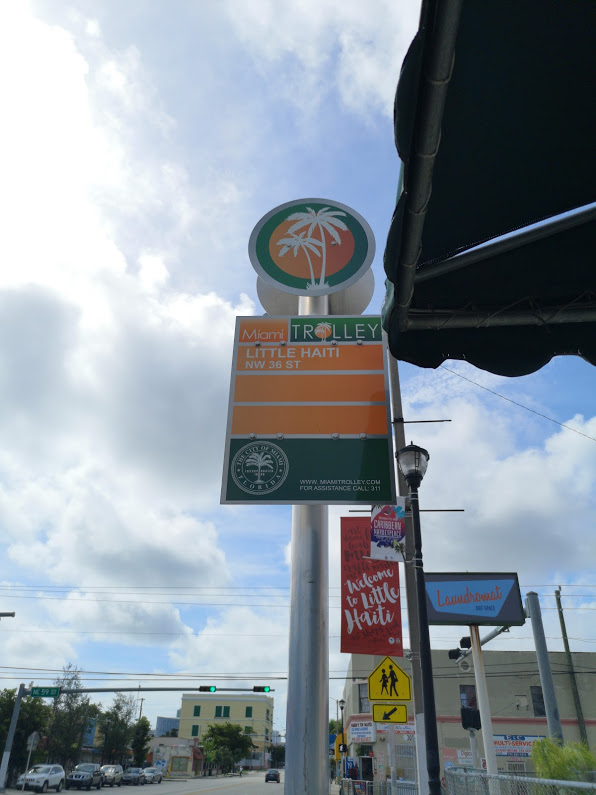 On the day I went to Little Havana, I got on the Little Havana trolley route and rode it for basically the entire loop which took about an hour. I sat at the back, which I guess unsurprisingly happened to be where the more ‘interesting’ characters also sat. This was actually great, as I ended up chatting to the abuelos (Latino grandads) for the whole hour, and one of them was giving me some quite juicy tips on places to visit etc.

One thing I will say is that because these trolleys are free, it’s a given that there are a wide range of people who use them, and I learnt on my second trolley ride that you may sometimes feel a bit concerned by the conversations/behaviour of some of the other passengers sitting near you, and it’s somehow a bit worse when you’re at the back away from the driver and the door, so maybe sit near the front if that’s something that worries you.

Anyone who knows me well knows that I get excited by anything that contains the word Haiti, since I travelled there a few years ago and had such a good experience, so obviously I had to go to Little Haiti when I was in Miami.

Gentrification is happening like crazy in Miami at the moment (and a lot of other places in the world!) and Little Haiti is being hit quite hard, so the Haitian-ness of it is gradually getting diluted, which is sad, so make sure you go while it’s still interesting!

I started off at the Little Haiti Cultural Center – you can find this on Google Maps and it also has a Trolley stop next to it. It’s basically a building with an information desk and various stalls inside selling Haitian art and jewelery etc. There was actually also a mini-golf area inside when I went, but I don’t know if this is permanent.

I went on a weekday so there weren’t many people around and a lot of the stalls were closed, but I know there are sometimes events on weekends and other random days, so you should check online to find a good day to go. For their Facebook page, search Little Haiti Cultural Complex. There are a few murals around it too:

Apart from Naomi’s Restaurant which I mentioned on my ‘Vegan Munching in Miami’ post, the main thing I had been looking forward to seeing in Little Haiti was a bookshop a few doors down from the cultural center called Libreri Mapou.

I had read quite a few articles about it, and I was genuinely really excited to check it out because I’d read that the owner, who opened the store in 1990, is Jan Mapou, a Haitian activist who campaigned to have Creole as the primary language in schools in Haiti and was jailed there for his activism.

I was really looking forward to meeting him, as he still runs the shop daily, and I was sure I’d find a book (they have French, English and Creole ones) to take home which would have been a far better souvenir than the usual shot glass, and would probably teach me some interesting things.

As I approached the bookstore, I saw that the shutters were down and there was a handwritten notice in Creole basically saying something about the store being temporarily closed until further notice. I was so gutted because I was leaving Miami the next day so knew I couldn’t go back. Someone came up to me and explained that sadly the owner had been in a car accident and was still recovering, so obviously then I stopped feeling gutted for myself, and I just hope he’s OK (I know he’s quite old) and that he can come back and keep the legacy of his bookstore going.

Another place I had found online beforehand by fishing through loads of blogs was Earth ‘n Us Farm. I had seen online that it’s basically a little vegan farm with plants, animals, Airbnb treehouses and places to chill for visitors and for the community, so I thought why not try and find it.

Its address 7630 NE 1st Ave, and you can walk there from the nearby trolley stop, if you don’t mind passing some interesting characters on the walk. It’s actually not very obvious from the street, as it’s just on a little street full of houses, but go in the gate that has a little sign on it, and follow the path to the animals.

When I arrived, no one seemed to be around, so I just wandered around and looked at the animals etc. The Airbnbs were really creative and looked quite eco-friendly too, and it was obvious that the owner takes good care of the place.

A teenager from the local community appeared at the farm soon after I arrived, and we ended up talking for an hour, which was really interesting. He told me him and his friends often go there to chill, as it’s a safe and relaxing place and they’ve gotten to know the owner who’s very welcoming to them. Here are some pictures from the farm: 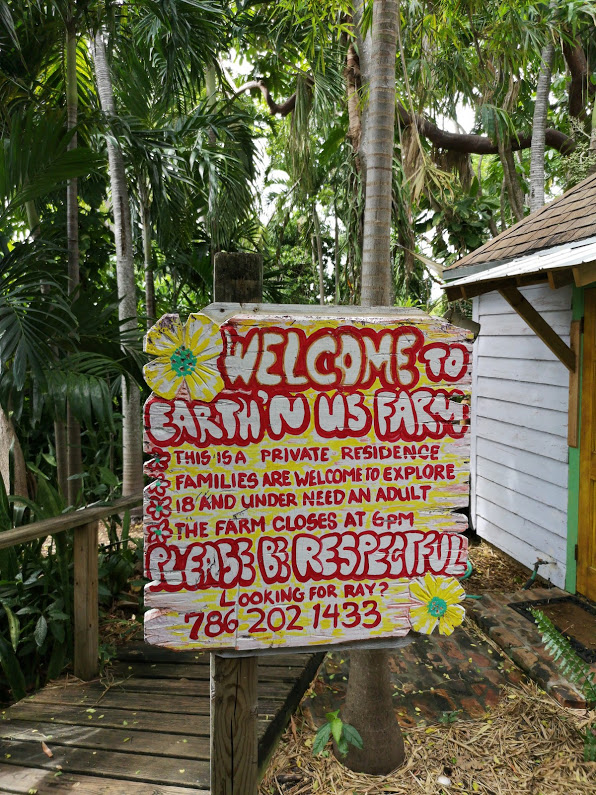 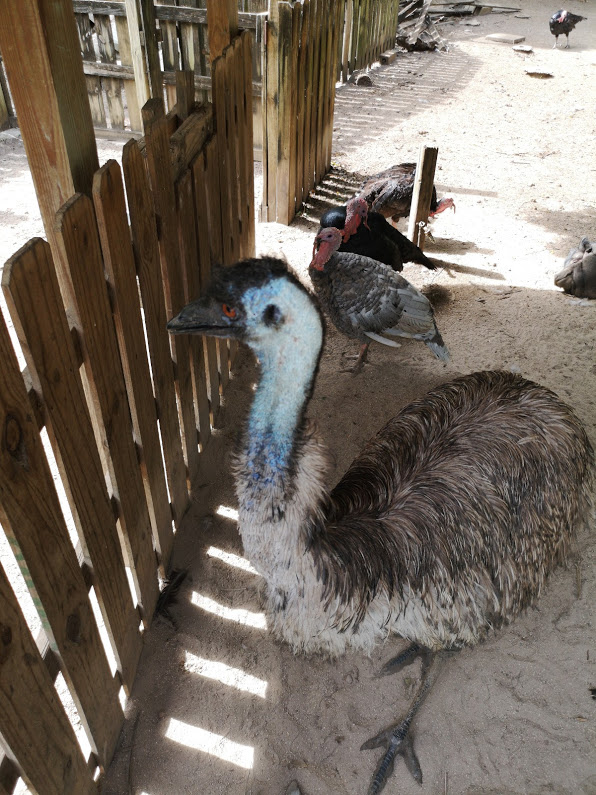 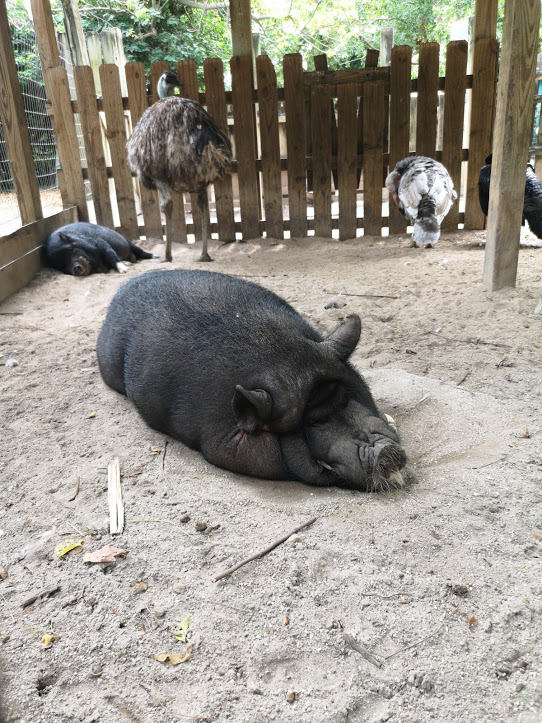 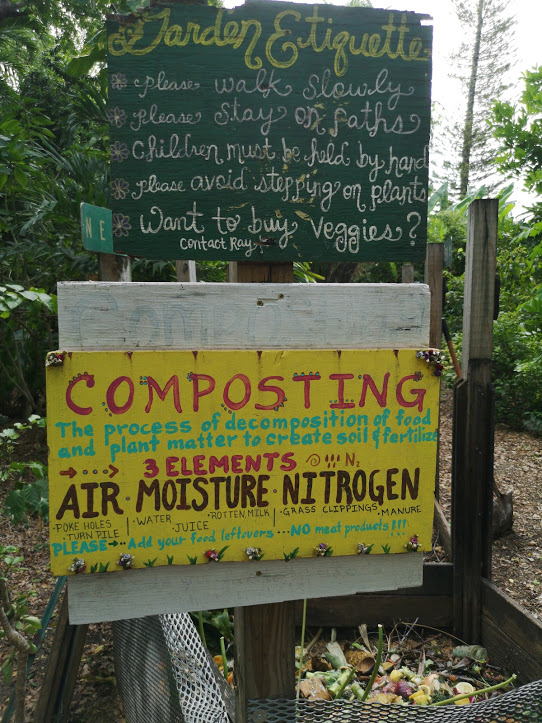 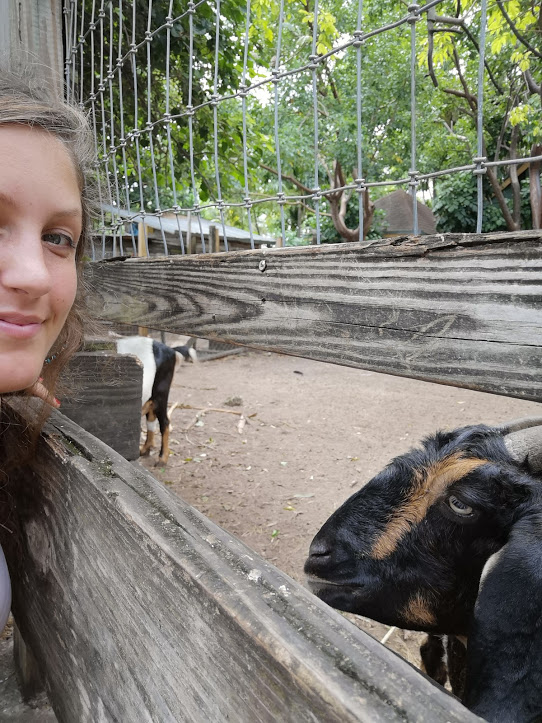 Other than this, I just rode the trolley around Little Haiti to see the rest of it. The farm was DEFINITELY worth a visit and I’m sure there are interesting people to talk to there most days. Also, even if you don’t eat at Naomi’s, you should definitely try some Haitian food.

Wynwood is quite an annoying place in a lot of respects (one word – gentrification), but I decided to delete the three paragraphs I wrote about that, as this isn’t a social issues blog.

Anyway, let’s focus on the positives! The cool thing about Wynwood is that the streets/buildings are literally COVERED in art. I mean, I have never seen so much art in one place in my life, not even half as much art in one place. This is the main reason I visited, and I basically spent the day just getting lost, taking random turnings to see more and more art. Here are a few examples: 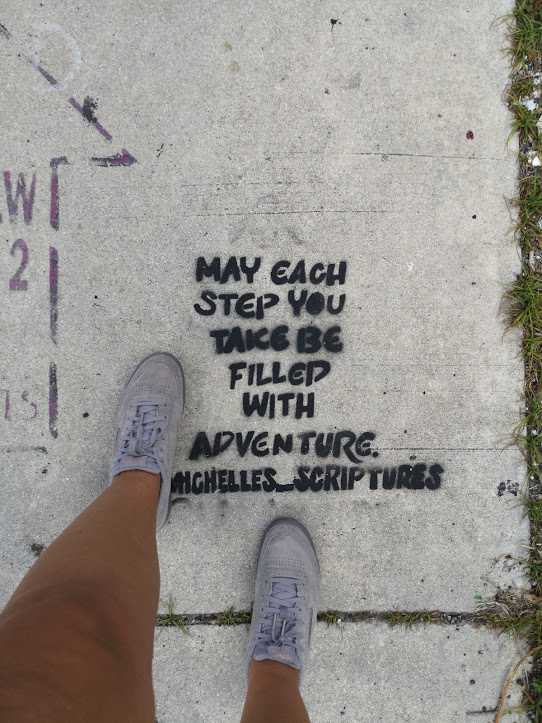 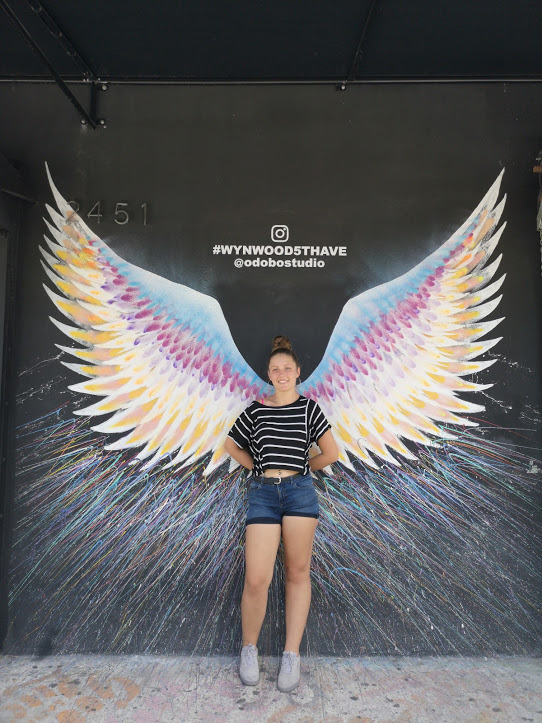 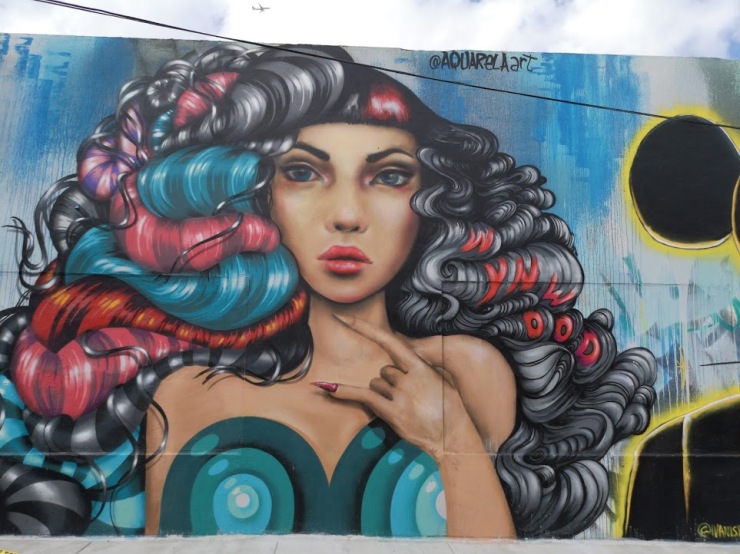 It has a lot of bars and places to party, as well as places to eat, but it wasn’t really my scene, as a lot of it seemed a bit pretentious and quite focused on “cool” middle class people. You can check my previous post, Vegan Munching in Miami, for some other places to eat, although ironically one of them from that post is in Wynwood). Despite this, it is TOTALLY worth wandering around Wynwood just for the art, in my opinion.

Those are the four main places/things that I actually have pictures/stories of. Of course there are loads of other places to wander around. If you want to shop, you could go to Aventura Mall which is absolutely huge (I got lost a million times), there are Miami Marlins (baseball) games to watch live, and there are various farmers’ markets on weekends that I didn’t have a chance to go to because of Carnival, but you can easily find them on Google.

As I’ve mentioned, gentrification is a bit mad in Miami at the moment, so this blog post may not be so accurate as the years go on, as the neighbourhoods will probably change a lot. Anyway, regardless of that, my advice is the same as usual – Wander around and talk to people as much as you can (one of my most interesting conversations in Miami was with a young man working in a tyre shop in Liberty City…), support local businesses where possible, and try as much different food as you can.